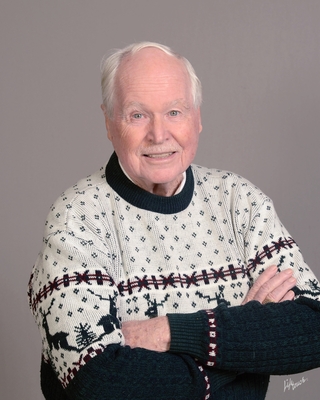 Bearded professor from the 1980s!

Tom and Winsome back home for repairs

Tom, a non-smoker, in his James Dean days 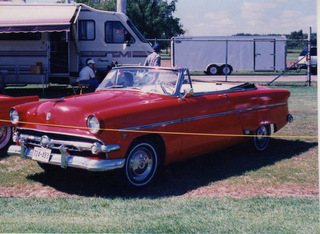 Tom at his well site in Texas

Professor James A. Nickel, Professor of Mathematics at UTPB, served as our research project statistician 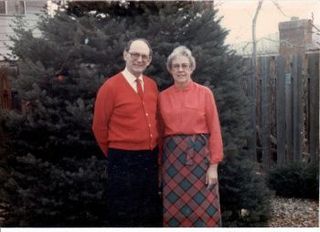 Professor Bob and Mrs Eleanor Taylor - My Ph.D Advisor at The University of Colorado (deceased) 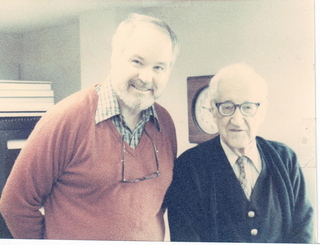 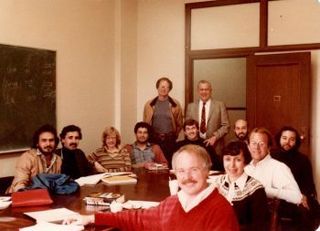 Tom often served as a Visiting Scholar at Stanford University 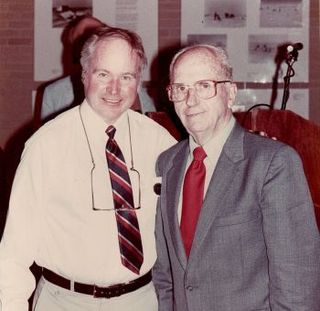 Tom with James A. Michener 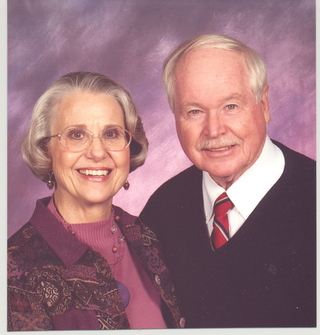 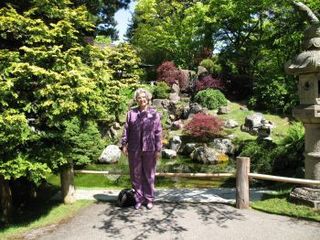 Barbara in the Japanese Tea Garden in San Francisco 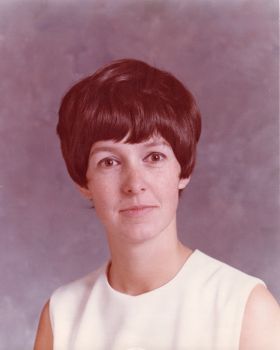 Tom drove a team of horses during harvest time in Minnesota

Honor Award in 1957, just prior to discharge

Mother's Family and Dad Before Me in Minneapolis

I was born in Minneapolis to Scandinavian immigrant family. My father was a carpenter and my mother had been a teacher in rural North Dakota. My grandfather on my mother side was a successful business man and my grandfather on my father's side homesteaded in North Dakota and Canada. During the Great Depression my father was out of work when I was born. I had a brother and a half brother. My half brother was mentally injured as a U.S. Marine at Pearl Harbor. He is buried at the national cemetery in Minneapolis. I attended the public schools in Minneapolis and graduated from Roosevelt High School in 1953.

I entered the U. S. Airforce in 1953 and worked in security forces as a military policeman from 1953 to 1957. During this time I was stationed in California, Missouri, France and Minneapolis. I was discharged at Wold-Chamberland Air Force base in Minneapolis in June of 1957, having achieved the rank of Airman First Class.

I attended Grand View Junior College in Des Moines Iowa before transferring to Macalester College in Saint Paul Minnesota. I graduated from Macalester in 1961 with a degree in Business Administration, but returned to Macalester to complete additional work in history and geography. I completed a teacher certificate and taught in Evergreen, Colorado, for one year. I returned to Minnesota and took a position in the Edina school district to teach history, government, and geography.

In 1959 I married Nancy Beth Sturgeon and we were blessed with three daughters: Tamara, Taanya and Tracy. As a family we enjoyed family pets, which included dogs and horses. The family moved about in pursuit of educational opportunities. Nancy taught in several schools as an elementary teacher. Nancy was killed in an unfortunate horse accident in 1977. I remaried a widow, Barbara Mosshart in1980. Barbara had three daughters: Lisa, Laurie, and Lindie Mosshart. Barbara was a Speech Therapist in the Odessa schools.

In 1968 I was awarded a Master's degree at Macalester College and I continued my concentration in history and was granted a Coe Fellowship at Macalester College. In 1968 I was granted another Coe Fellowship for advanced studies in history at Stanford University in Palo Alto, California. I was teaching history at Edina High School. Nancy and our family lived in the married student housing compound while at Stanford University. While at Stanford I met Professor Richard E. Gross who would become my colleague in many future projects.

I returned to Edina High School to resume my teaching duties and was invited to attend the University of Colorado in Boulder Colorado. In 1972 I completed the Ph.D. program with an emphasis in Education and Anthropology. While still employed by Edina High School I was asked to teach at Coe College in Cedar Rapids Iowa for one year in place of a professor who had been granted a leave of absence. While at Coe College I was invited to take a position as a founding faculty member for The University of Texas of the Permian Basin (UTPB), a component of the University of Texas, to be located in Odessa, Texas. I resigned my Edina teaching position and joined the founding faculty in Texas. I have remained in Texas since 1973 and retired from the University in 1995. I was granted the title Professor Emeritus and continue to reside in Odessa where most of my time is dedicated to research and writing.

I am the author of many research papers, articles, chapters in books, monographs, textbooks, etc. While at the University I organized the anthropology department, served on the graduate faculty in education, served as the chairman of the graduate council. In addition, I served at Stanford University as a Visiting Scholar, and organized the Citizenship Development Study Project in connection with Stanford and my University. Currently, I am continuing my research into civism, a concept that I pioneered as a result of my work at Stanford related to citizenship education.

Civism, as I have described it, is a special insight into the means that states and state leaders use to influence, shape and direct the citizens understanding of their role and their identify in reference to the state. This research has led me to investigate the use of persuasive means for the purpose of influencing the political mindset of citizens in various cultures and societies. After completing two written works on civism, I am working on a theoretical work aimed at specifically clarifying the role of civism in politics, society, and culture. This study includes the development of a means, methodology, for analyzing political rhetoric, which is based on ten common themes related to my studies of civism.

I give credit to my family, especially my wives, for the help they gave me during my efforts to construct a successful academic career. I am indebted to Professor Earl Spangler of Macalester College, Professor Bob L. Taylor of the University of Colorado and Professor Richard E. Gross of Stanford University. Professor Gross was my colleague and my friend. We were in constant contact from 1968 to his death in 2004. Dick Gross made it possible for me to go through many doors that are often closed to young scholars, a man with an active and curious mind, but more than that, he was wise and competent in the ways of the intellectual world.