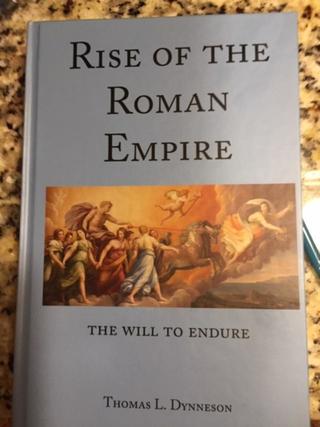 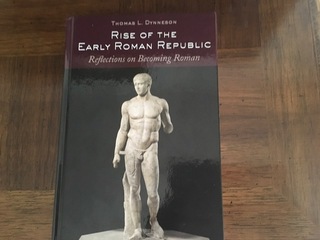 Rise of the Early Roman Republic: Reflections on Becoming Roman 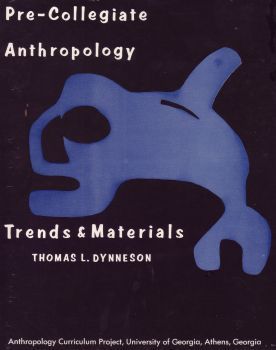 This monograph contained a summary of anthropology projects that I evaluated in connection with my doctoral dissertation. It helped to pioneer the teaching of anthropology in the social studies curriculum. 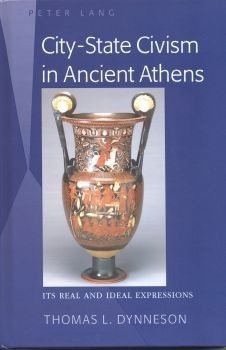 This text address the history and philosophy of ancient Athens from a civism perspective, 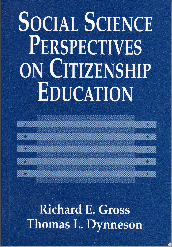 An anthology with essay by some important social science leaders 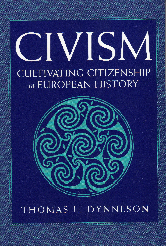 Looking for a new publisher

The third book in my Roman series entitled: Rise of Roman Sea Power: Alexander to Hannibal is in manuscript development. Recently I have ended my working relationship with Peter Lang Publishing as they rejected my proposal for this work under a new humanities editor. The issues between us were growing complicated so this is probably a good change. I will miss many of the people that I worked with at Lang, especially Jackie, the production editor who was so excellent in her work.

RISE OF THE ROMAN EMPIRE: THE WILL TO ENDURE

Rise of the Roman Empire: The Will to Endure is a daring interpretation of the ways and means that the Roman Empire became the greatest military power of the ancient world and how the vastness of this empire engulfed the entire Mediterranean world, as well as most of Europe. In the second century BCE the Greek historian Polybius (200-118 BCE), after arriving in Rome in 168 BCE, asked in his Histories: "How did the Romans succeed in building a world empire in such a short span of time?" This book  takes the perspective Polybius's question was mistaken, in the sense that the formation of the Roman Empire began in 390 BCE when the Gauls burned Rome; and even before that time, as this book demonstrates, the kings of Rome were some of the first empire builders.

Professor Dynneson has an extensive library related to Europe, Ancient Greece and Rome. For his new book about to br released. has included chapter sections recommending books related to Roman History. Recently Dr. Dynneson wrote a lengthy article that has been submitted to the Ancient History Encyclopedia listing and describing his choice of five outstanding books related to Ancient History. To read these reviews please see my "blog" page.

Rise of the Roman Republic: Reflections on Becoming Roman

An audaciously daring narrative, this text presents an overview of the early history of Rome, focusing the reader's attention to those distinctive and often hidden cultural features that contributed to create a unique ancient Roman mindset and civic outlook. Using a historical format, Dr. Dynneson addresses these cultural forces which ultimately shaped the Romans into the ancient world's most powerful military city-state. Comprised of numerous values and beliefs, the Romans sought to develop their citizens as a cohesive whole. This approach enabled a mastering of both the practical and utilitarian tactics for solving problems, an expression of classical intellectualism. Identifying this sense of idealism paralleled with the Romans embodiment of sacrifice to overcome all obstacles, the author explores several features of becoming Roman. Within this text, each section is designed to pull together the general historical elements which helped to create a unique Roman citizenship. The final section of each chapter contains further analysis, including the author's narrative regarding the general sources used, and the second containing a review of one exceptional recommended reading. The later chapters of the book provide a special section entitled: "Recent Scholarship", which explores the work of recent scholars' "revisionists" perspectives related to the traditional ancient sources.

This book focuses on the development of civism as it contributed to Ancient Greek culture, and helped shape the psychology of citizenship in the Western World The strength of this work is in its interdisciplinary examination of those trends and influences that combined to give new insights into the rise and fall of democracy in the ancient polis of Athens. The author presents an extensive description of the intellectual forces that attracted "international" scholars and teachers to Athens, who in turn established important schools of higher learning as they labored to develop and advance the study of rhetoric and philosophy as competing alternative approaches for addressing the perceived weaknesses of the democratic system. This volume is an ideal supplement for instruction in courses in classical history, political science, philosophy, history of Western education, and advanced foundations of education. The second half of this texts focuses of the life and the times of the great Greek philosophers of ancient Athens.

This is a summary of several important anthropology projects developed during the era of the "New Social Studies." In addition to the curriculum projects, this work contains a review of related anthropology materials for the social studies instruction. This work was developed in conjunction with SSEC in Boulder, Colorado. To locate copies of this textbook see the title in your browser.

City-State Civism in Ancient Athens: Its Real and Ideal Expressions

The strength of this work is its interdisciplinary examination of those trends and influences that combined to give new insights into the rise and the fall of democracy in the ancient polis of Athens.

This work was featured in the NEA Professional Library: Book News. Consequently, this work earned notable acclaim in the United States and Europe and has been cited by leading scholars interested in the development of citizenship in their respective nations. The chapter authors are from major American universities and are recognized leaders in their various social science and education disciplines.

As an essential methods and curriculum guide for teachers, Designing Effective Instruction for Secondary Social Studies presents a comprehensive and valuable model for successful classroom teaching. The authors base their model on the organizational structure of instruction, which utilizes a step-by-step system for designing and developing an entire array of classroom needs. The text is arranged in seven integrated parts that explore selected issues and federal guidelines, offering innovative solutions to practical instructional problems. Vignettes support the development of useful thinking about creative teaching in the social studies classroom so that instruction is systematically executed. To locate copies of this work search the title on your browser.